Call Our Experts on

Your holiday is safe with us

Nazar protects you from evil eye!

Used by many religions and cultures throughout the world, and a potent symbol against evil from pagan times, the Nazar is used throughout the Mediterranean and the Middle East, as a symbol of good luck. It has links with Judaism, Islam, Hindi and the Christian faith. Usually made of blue glass with a white and black central eye, often ornately decorated with silver, these charms are a popular souvenir, suitable as a gift for man or woman, and come in many different forms. They may be key rings, amulets or bracelets, and range from the size of a one Turkish Lira coin to a large dinner plate.

In use since before the time of Christ, it is still believed that this symbol has the power to ward off the “the evil eye”. Fishing boats are often painted with the symbol on their prows, and as a protective device for the home the Nazar is hung near a door or window. 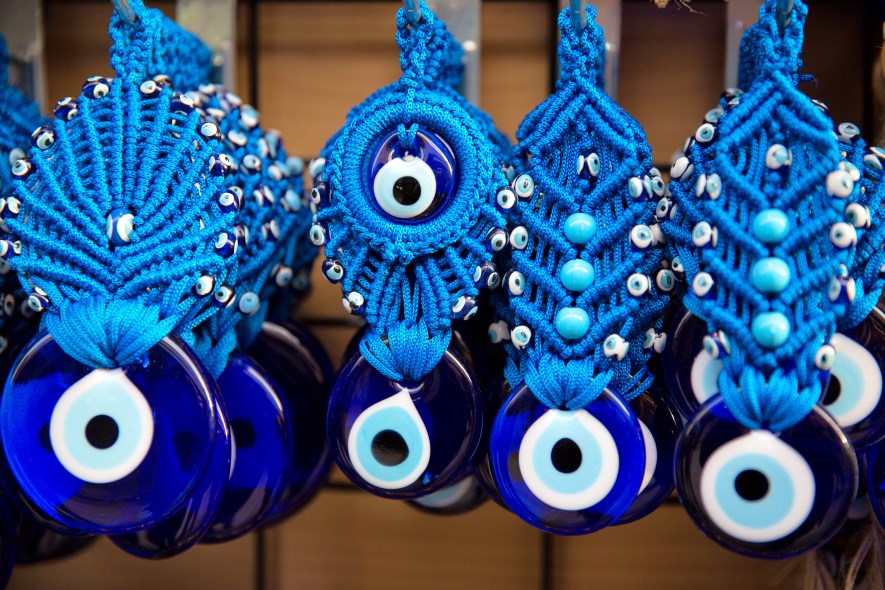 Two millennia after the birth of Christ, and the acceptance of the Christian religion throughout Europe, the Nazar has lost none of its pagan popularity and is used in conjunction with other icons of good luck. As the pagan “Green Man” symbol continued to be incorporated into the masonry of Christian churches of Europe during the Middle Ages, so the Nazar lost none of its popularity as a potent charm against ill-intent in those countries of the eastern Mediterranean irrespective of religious belief.

For the charm of the Nazar to work, and for the potency to be fully effective, it must be a gift and once given it must never be passed on to another person. Many houses have Nazars hanging in every room, it ensures the manufacturers stay in business. Certainly lucky for some!